Excerpt from a comic script, without panel layout. Still rough, but coming along. 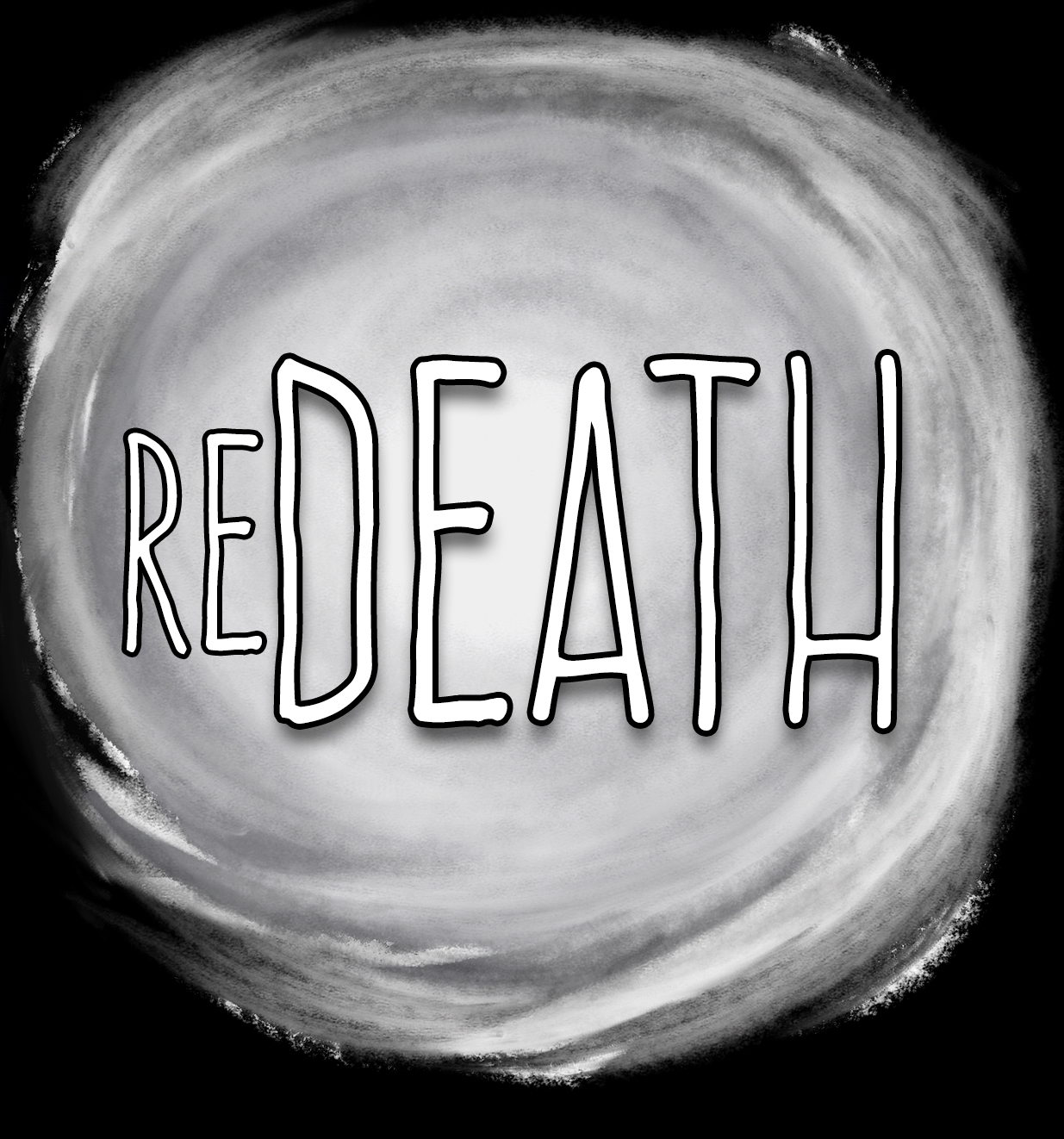 Go To Part I Here

(a black panel with words overlayed)
The first night was fine.

I ate cheap Chinese takeout and fell asleep on my  couch.

The second night, I tried to behave like a real adult human and managed to put clean-ish sheets on my bed.

I set my alarm. I peed. I got a drink of water. In-and-Out, Fluids.

I got into bed.
And then… she slid out from under it.

But guess fucking what? I’m not ALONE here…

They’re all around me…

And the weird fucking thing is, I’m not scared.
———————–
Three months ago, I committed suicide. I don’t say ‘attempted’ because I did succeed. They said I was technically dead for over three minutes. Maybe my brain got fucking fried. I mean, more than drugs ever fried it, I guess…

When I came back… I was numb at first. Grateful at last. And then… nothing. I couldn’t even feel goddamn numbness. It was just empty black wave after wave.
Go through the motions, Alex.

(a hand reaching toward the viewer/outside the panel)

….Stay there. I’m coming over. Just… stay put and don’t hurt yourself. Please.”
————————-
“She was here a few hours ago, Morgan. Before I left for the morgue… Under my bed. That’s why I put… uh,… IT there.”
“I’m gonna give it to you straight, ‘Lex. This is crazy. YOU’RE crazy. Dragging this thing here, calling me up in the middle of the night. Do you understand how RIDICULOUSLY insane this is? You could lose your job! You could make me lose MY job! You could go to jail!”
“No, shut the fuck up!  No one wants the fucking corpse. The family said to destroy it. But… There’s a woman… She’s under my goddamn bed… She needs me, y’know?”
“’Lex, that’s just your head playing tricks on you. She’s not REAL. You know how you are. You SEE things. This… person… she’s in your HEAD. But what you’ve done? Taking a corpse from the morgue? THAT’S real. We have to fix this before–”
“NO, Morgan. Damnit, I know what she fucking wants. She’s just not here yet… We have to, y’know, draw her out… With… like… the occult and shit.”
“’Lex… Honey. I can’t be part of this. You have a corpse on your floor. Anyone else would accuse you of homicide. Now you’re talking about the OCCULT?”
“I don’t KNOW about this shit! I figure candles could help, right? Like, that’s what witches do? And incense?”
“’Lex, I’m done.  I’m calling the police. You need help.”
“Fuck off, Morgan! She knew I could help HER ass out. She knew I would be able to–…. To do whatever the fuck this is. I just need t’perfect it, y’know?”
“’Lex, I’m sorry, but–”
*CLAK CLAK*
“What the fuck was that?!”
“See, asshole? …She’s coming. I told you.”
*CLAK CLAK CLAK CLAK*

“…Every night, Morgan… She lays under my bed…
Stares into my eyes…
And cries..
Stretches out her hand…
But I can’t reach her…
I can’t reach any of them….
Until now…